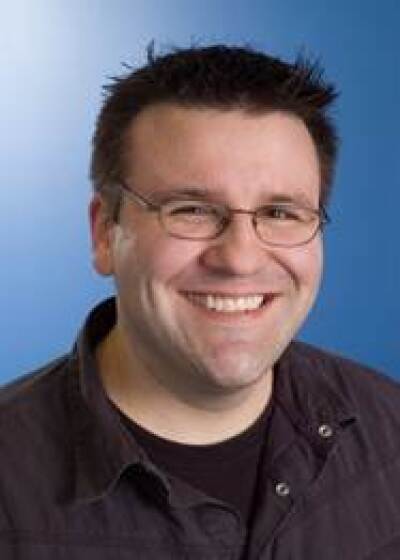 Having been both a developer and a designer, Mike enjoys the challenge of designing with constraints -- finding the common ground between the blue sky of design and the practicalities of implementation.

Prior to joining GfK, he worked with Time Warner Cable in software development, co-owned and managed a Web design firm, and designed a consumer podcasting Web service and recording software.

While at GfK, Mike has created designs for traditional and mobile sites and apps for many industries, and other materials including packaging, instructions, paper forms and statements. He is equally comfortable designing simple consumer-facing applications and highly specialized enterprise applications for knowledge workers, and has contributed to several patents through his work on application designs.

While Mike’s focus is information architecture and visual design, he’s personally interested in the science behind our behavior, perception, and actions. He believes that research is fundamental to the design process, and enjoys working with a diverse team that blurs the lines between design, research and development. Mike believes that a few days moderating usability tests or helping a development team can teach you as much about design as a few months of actually designing things.