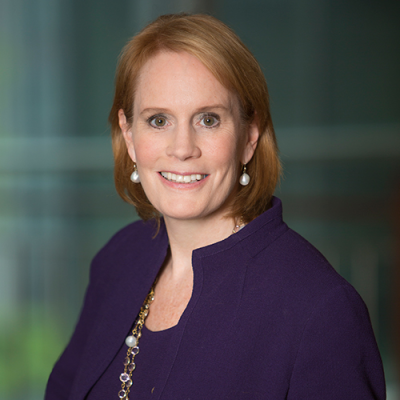 Having led the defined contribution (DC) business for the past five years, Ackerley oversees the development and distribution of strategies and services for institutional and retail clients and consultants – reaching over 60,000 plans, including over 50% of the Fortune 100, and ultimately reaching more than 15 million Americans. Prior to assuming her current role, Ackerley was BlackRock’s Chief Marketing Officer and served as the Chief Operating Officer of BlackRock's Global Client Group. From 2000 to 2009, she held various leadership roles in BlackRock's U.S. Retail Group. Prior to joining BlackRock, Ackerley spent 15 years at Merrill Lynch in investment banking.

Ackerley is recognized as a thought leader on retirement readiness and women’s leadership, having frequently written and spoken on the topics. She is a co-founder of BlackRock’s Women’s Network (WIN) and has won numerous industry awards for her work in advancing gender equity. Ackerley currently serves on the Defined Contribution Institutional Industry Association (DCIIA) Executive Committee, and she previously served on the Investment Company Institute Board of Governors. Outside the industry, Ackerley is a trustee of Mosaic Mental Health and served on the board of the Ethical Culture Fieldston School.