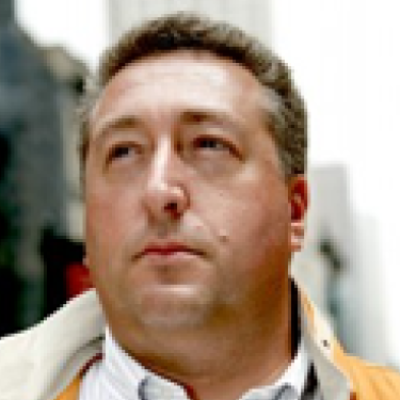 Barry L. Ritholtz is the co-founder and chief investment officer of Ritholtz Wealth Management LLC. His focus has long been how the intersection of behavioral economics and data analysis affects investors.

Launched in 2013, RWM is a financial planning and asset management firm, with over $825 million in assets under management, offering Financial Planning and Wealth Management to the investing public. In 2017, RWM was named ETF Advisor of the Year. The firm was also named to the Financial Times Top 300 Advisors in the US, and is the 4th fastest-growing RIA in America, according to Financial Advisor magazine.

“To say that Barry Ritholtz ‘pulls no punches’ is like saying that Joe Louis had a nice right cross.”-Jesse’s Café Américain

Ritholtz has long been a frequent critic of the excesses of Wall Street and the failures of the press in its coverage of finance. Named one of the “15 Most Important Economic Journalists” in the United States, he has been called one of the 25 Most Dangerous People in Financial Media. He writes a daily column for Bloomberg Opinion (2013- ) and previously, a twice monthly column on Personal Finance and Investing for The Washington Post (2011-2016).

He is also the creator and host of Masters in Business, a popular radio show/podcast on Bloomberg Radio. A 90-120 minute deep dive with sone of the most important people in business and finance, the radio/podcast can be found on iTunes, Soundcloud, and Bloomberg. The ground-breaking podcast quickly set the standard for business interviews, helped to “podcastify” Bloomberg, and led to many new finance podcasts. It has quickly became one of Bloomberg’s most popular shows.

Ritholtz has been called the “blogfather” for his long-standing finance weblog, The Big Picture. TBP generates 1-2 million page views per month, and has been covering everything investing related since 2003. The blog has amassed ~150 million visitors over that 15 year period. Media accolades include TED named TBP one of top 100 Websites You Should Know and Use; TBP was featured in the 10th annual New York Times magazine “Year in Ideas,”(DIY Economics); Numerous traffic sites rank The Big Picture as one of the most trafficked Markets/Economic’s blogs on the web.

In 2008-09, Ritholtz wrote the book Bailout Nation, published by Wiley in 2009; with an updated paperback released in 2010. Bailout Nation became the best reviewed book on the bailouts, with NYT calling it “Irreverent,” and “an important book about a complicated subject, and yet you could still read it at the beach.” WSJ noted “If you want to know how we got into this mess and what might still be coming, this is the book for you.” Bloomberg praised it as “A valuable new contribution to our understanding of how we arrived at this sorry juncture.” Bailout Nation was named “Investment Book of the Year” by Stock Trader’s Almanac, and won a First Amendment Award for Outstanding Journalism: Best Book. Numerous media — USA Today, Miami Herald, Marketplace Radio — named Bailout Nation as one of the best finance/business books of 2009.

One of the few strategists who saw the the coming housing implosion and derivative mess far in advance, Ritholtz issued warnings about the market collapse and recession to clients and readers to seek safe harbor. Dow Jones Market Talk noted that “many market observers predict tops and bottoms, but few successfully get their timing right. Jeremy Grantham and Barry Ritholtz sit in the latter category…” (A summary of major market calls can be found here). His observations are unique in that they are the result of both quantitative data AND behavioral economics, and a function of his unusual career path in finance.

A regular guest in the media, Ritholtz has been profiled in the Wall Street Journal’s Quite Contrary column (August 3, 2004; Page C3), and was the subject of several Barron’s interviews (December 8, 2008 and October 26, 2010). Ritholtz was honored to be the dedicatee of Stock Trader’s Almanac‘s 40th Anniversary edition in 2007 and the Yahoo Tech Ticker’s Guest of the Year in 2009.

Mr. Ritholtz performed his graduate studies at Yeshiva University’s Benjamin N. Cardozo School of Law in New York, where he focused on Economics, Anti-Trust and Corporate Law. He was a member of the Law Review, and graduated Cum Laude with a 3.56 GPA. His undergraduate work was at Stony Brook University, where on a Regents Scholarship, he focused on Mathematics and Physics, graduating with an Bachelor Arts & Sciences degree in Political Science. He was a member of the Stony Brook Equestrian Team, and competed successfully in the National Championships (1981) of the Intercollegiate Horse Show Association. In addition to writing the National Affairs column for the campus weekly (The Stony Brook Press), he was elected Vice-President of the student body. (Ritholtz best describes it as his Bizarre Academic Career)

He sits on the Board of Advisors of Riskalyze (creating quantitative measurements of client risk tolerances) and Peer Street (a marketplace that provides unprecedented access to high quality real estate loan investments). He is also an investor in StockTwits, a Twitter based stock community.

When not bemoaning the New York Knicks‘ all-too-frequent offensive lapses, Mr. Ritholtz is a vintage sports car enthusiast. He and his wife Wendy, an artist and teacher, live on the North Shore of Long Island, New York with their monsters Teddy and Jackson.
Featured in
The Robots Will Win. Discuss. , Tuesday July 16, 2019 8:40 a.m. - 9:10 a.m.