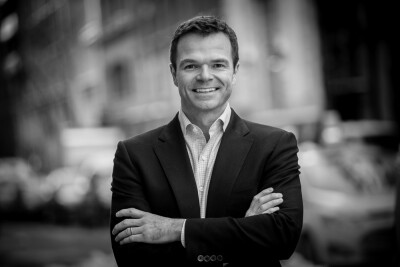 Jon Stevenson is head of Wealth Management and Banking for MoneyLion.

Prior to joining MoneyLion in April of 2018, Jon was the head of the Alternative Investments business at Stifel. Before joining Stifel in December 2015 as part of the Barclays Wealth & Investment Management, Americas acquisition, Jon was a Managing Director and Head of the Investment Management platforms for the firm in the US. He joined Barclays in 2009. Prior to joining Barclays, Jon was a Director at Merrill Lynch in various business strategy roles within the Alternative Investments and Global Equities divisions. He began his career as a consultant at BearingPoint (formerly KPMG Consulting) in Boston in the Capital Markets Strategy practice.

Jon holds an MBA from Dalhousie University in Halifax, Nova Scotia, Canada, and a Bachelor of Business Administration from the University of New Brunswick in New Brunswick, Canada.
Featured in
The Future of The Client: Will Digital Platforms Soon Eclipse the Incumbents?, Thursday December 5, 2019 1:45 p.m. - 2:25 p.m.