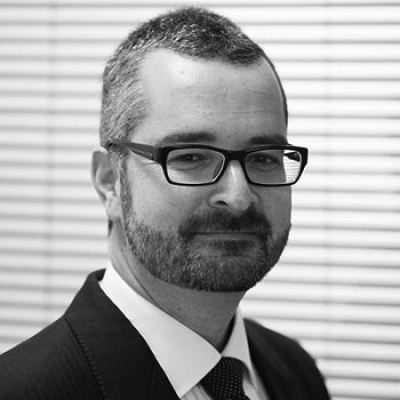 Sebastian Dovey is a successful entrepreneur, thought leader, angel and board advisor in the fields of global wealth management, consumer insight, scale-up companies and business management.

Seb was the co-founder in 1998 of Scorpio Partnership, an award winning global management consultancy, strategic research and insight data business. This was acquired by Aon PLC in 2014 and Seb exited in October 2017. As of December 2018, Seb joined Milamber Ventures PLC as a Non-Executive Director. Among his other board roles he is a Non-Executive Director of The Entrepreneur Investment Office. associate director of Silver Lane (a US corporate advisory business), a director of Angel Academe Nominee (a venture investment vehicle) and on the advisory boards of Align 17 (an impact investment fund platform), Angel Academe (an early stage investor group) and FiComm (a public relations and digital marketing agency). As of November 2018, he also joined the six-person board of the London School of Economics Generate entity which is centred on both student and academic entrepreneurship at the school.

Separately, Seb is also the Independent Chair of the Global Client Experience and Innovation Committee for a major international bank and the external board advisor for a Nordic wealth management enterprise. In addition, he advises two sizeable financial families on their strategic growth for their investment offices.

Seb’s expertise spans 25 years of developing high impact commercial strategies for private banks, global banks, asset managers, family offices, technology firms, service providers, aggregators and start-up initiatives. Mr. Dovey is the 2018 winner of the Wealth Briefing Thought Leader of the Year award and he is Thought Leader-In-Residence for Fitch Learning worldwide. He serves as an appointed mentor for the Mayor of London’s International Business Programme and is in his 9th year on the judging panel of the Financial Times Global Private Banking awards (since foundation) and has served on the editorial board of WealthBriefing since 2005.

Seb Dovey is a regular commentator on the wealth management industry in the press and at conferences and academies, and has chaired and presented leading industry events in Asia, Europe and the United States. He is widely published on topics related to wealth management, client behaviour and financial services. He has been a lecturer at The Swiss Finance Institute (formerly the Swiss Banking School) for its executive MBA programme.. Seb holds a first class BA (Hons.) degree in Modern History from University College London and was awarded an MSc (Econ.) with distinction from the LSE. When not doing any of the above – or sometimes simultaneously – he lives with his family in East Devon and seeks sunshine.
Featured in
Opening Remarks: Setting The 2020s Agenda For Private Client Financial Services, Thursday December 5, 2019 8:30 a.m. - 8:40 a.m.