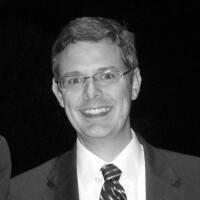 Paul Davis is Editor of Community Banking and M&A at American Banker.

He has covered the financial services industry for two decades, working initially as the news editor at SNL Financial, where he was responsible for the firm’s daily banking, insurance, brokerage and REIT publications. He later covered the banking industry, along with commercial and residential real estate, as a senior reporter with American City Business Journals.

Paul joined American Banker in 2005, covering large institutions such as Bank of America, BB&T, Capital One and Wachovia. In this role, he helped shape the publication’s content during the financial crisis, the Troubled Asset Relief Program and the post-crisis recovery.

He was promoted to his current position in 2010, overseeing a team that covers financial institutions with up to $20 billion in assets. In this role, he oversees the community banking bureau’s content and strategic planning on topics that include commerical and retail banking, credit quality, M&A and regulatory compliance. Paul formed American Banker’s first bank CEO advisory board, and he has spoken at conferences hosted by the American Bankers Association, FIS Global and the University of Mississippi’s School of Business Administration.

Paul has a bachelor’s degree in Government and Foreign Affairs from the University of Virginia and an MBA from Wake Forest University. While at Wake Forest, he spearheaded and supervised the business school’s first comprehensive social media platform. He has appeared on BBC, C-SPAN, PBS and Investor’s Business Daily as an expert on the financial services industry.