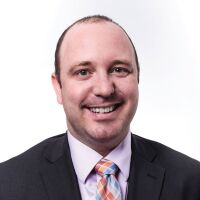 Originally from Northern California, Ryan received bachelor's degrees in English and philosophy at UC Santa Barbara before beginning a career in journalism at the Santa Barbara Independent. After a few years of freelancing, bartending and snowboarding in Colorado, he moved to New York to earn a master's in journalism at Columbia University. Besides covering all things in financial adviser technology, Ryan has also written about music, sports, politics, art and entertainment.